Night Witch: 588 is a plane-stealth game based on the real 588th Night Bomber Regiment who conducted countless operations against the Third Reich throughout WW2.

You are a new recruit, flying your trusty Polikarpov with your rear gunner Natalya. A campaign lies ahead of you and the fate of the people is in your hands. Bomb bases, stop reinforcements and repel attacks. Use the experience you gather to perform field upgrades on your plane. Push the axis back at all costs.

Stealth: Use the night to your advantage; turn off your engine, glide over the enemy base and dodge lights. Avoid being detected and take the enemy by surprise. Alternatively, choose the faster but riskier tactic and zoom in as fast as you can, then run.

Time Management: The nights don't last forever and your Polikarpov can't do much during the day. You need to take risks to bomb more targets before the night ends.

Campaign System: Proceed through the campaign to push the opposing forces back. Your performance every night determines who advances and who retreats. The ultimate objective is to clear the map of all German bases but it is possible to lose progress or even get your own base wiped altogether if you underperform. The future of the motherland is in your hands.

Open-World Gameplay: Much like the campaign's result, the map is open-ended as well. You are free to explore and go to whichever direction you deem appropriate from the very beginning of the game.

What is the Pre-Order Pack?

Since itch allows us to, we put the option up for anyone who may want to be so generous as to pre-order an indie. In return, you get 3 early dev builds with unique content and features, a thank you letter and all of our graphical assets.

In order to download this Strand Type Game you must purchase it at or above the minimum price of $3.99 USD. You will get access to the following files:

While I destroyed some of the trucks in the convoy (the one that appears the night after you destroy Base 1), one truck was able to reach Base 1.

When the truck reached Base 1, the message "Convoy cleared" appeared on the screen and would not go away. Closer examination revealed that the message would occasionally go away for a split second, only to reappear immediately after.

The act of landing is slightly terrifying since I know a crash will result in an entire night being lost.

On a related note, I did not attempt the tactic displayed on the diagram (where the engine is brought to 000 power), since I didn't want to crash.

Also, I find it difficult to accurately drop bombs. Is there any advice you can give us on how to hit targets more easily (besides practice, of course)?

In spite of those issues, though, I'm enjoying the game so far. The lady's words of encouragement when I do hit a target are surprisingly invigorating, despite the language barrier, and the idea of a vast airfield where you're somewhat free to wreak havoc is nice.

Keep up the good work.

I'm currently far from home due to the quarantine, but I'll patch the convoy cleared issue ASAP.

Regarding hitting bombs, I guess I didnt make it clear enough, but the enemies can detect you based on audio, that's why you are advised to off the engine and dive in.

Diving also helps bomb aiming since when you're pointed downwards, the bombs will fall roughly at the center of your screen, it's how many bombers actually aimed.

So even if you decide to keep the engine on and fly high, a momentary dive will help aim.

Thanks a lot for your feedback, I reckon you'll enjoy the air defense section a lot too. By the way the voice actor was very happy to hear you enjoyed her performance!

We're afraid that that's not an option-but you can launch non-Steam games from your Steam library.

The game has been made free on itch as an act of goodwill to help people through self-isolation and quaratines. It still cost time and money to make.

If you like the game enough, feel free to support us by buying yourself a Steam copy.

If you've got this for free you're not getting a Steam key. Please stop asking the same exact thing on every game page you claim for free during a sale. 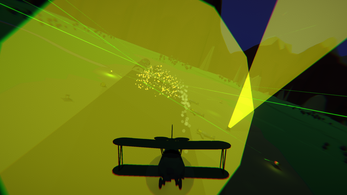 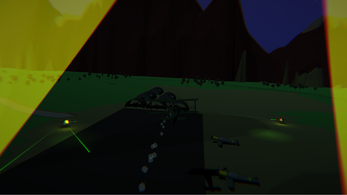 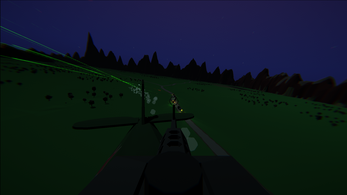 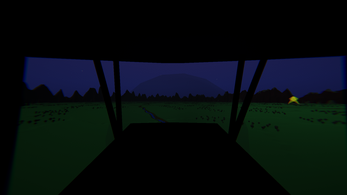 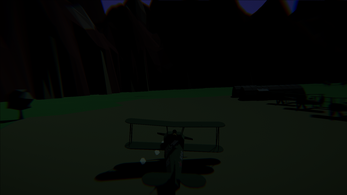